Get Ready for 2017 Lake of the Ozarks Shootout!

One of the Lake's biggest events is quickly approaching: Lake of the Ozarks Annual Shootout! This event will draw in thousands of people from all around that share at least one common interest: a love for super fast boats! Insure the Lake knows you're excited for all the fun activities and events coming up. So, this week we're sharing with you the line up of Shootout events so you don't miss a thing! 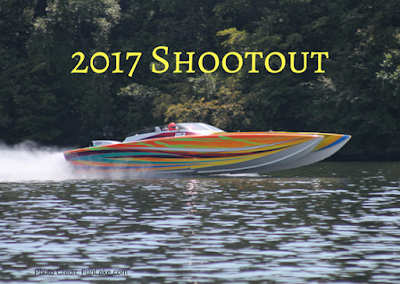 This Shootout Poker Run event is for boats 32' in length or shorter. Registration begins at 10:30AM at Captain Ron's in Sunrise Beach. Multiple venues are participating as checkpoint locations, and the run will end at Topsider in Osage Beach. See website for checkpoint locations.
www.lakeoftheozarksshootout.com/lil-boat-pontoon-poker-run 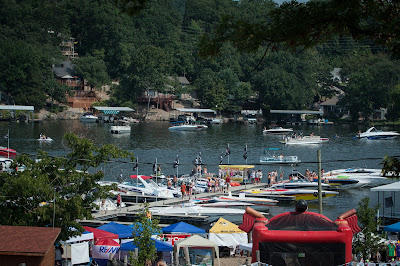 Beach Volleyball Tournament at Captain Ron's Bar & Grill from Noon to 8PM. To sign up and for more information, please contact Kathy Triplet at 785-550-0116.

Head to the Historic Bagnell Dam Strip to meet the race teams and see their unbelievable machines up close and personal from 5 - 10PM.

The Silent Auction will be held at Captain Ron’s on Friday, August 25th, 2017 from noon - 7PM. Its’ open to the public. All money raised will benefit all of the shootout charities.


All events lead up to this moment! The Lake of the Ozarks Shootout, held at Captain Ron's Bar & Grill and the 33MM-34.5MM, will bring top powerboat racers and off shore racing power boats from across the country, topping 200 MPH. This is the largest unsanctioned boat race in the Midwest with over 100 racers and 100,000 spectators. Proceeds will benefit the Lake Area Rescue Teams, and other charitable organizations!

Starting August 18th, there will be something for everyone to get you and the entire family amped up for the Shootout! Remember that there are going to be no wake ordinances throughout the Lake area to ensure the safety of boaters, swimmers, and local property owner's docks, etc., so please leave the racing up to the professionals. The Lake is expected to be very busy during this time. Don't forget to check with the best insurance agent at the Lake of the Ozarks before heading out on the water to be sure your boat is properly insured. 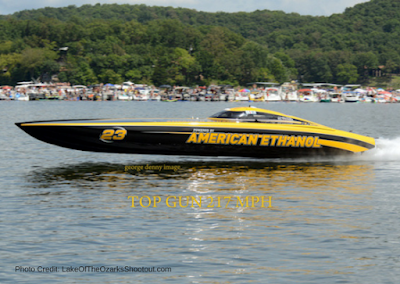 If you got to enjoy the races last year, then you know the 2016 "Top Gun" was American Ethanol, topping an all-time high speed of 217 MPH! We're sure many of the racers will be returning this year to try to claim that title. Which performance racer to do you think will take home the title of "Top Gun" this year? We'd love to hear your vote, so share your favorite racer in the comments! Insure the Lake wishes you a fun and memorable time at this year's annual Shootout!